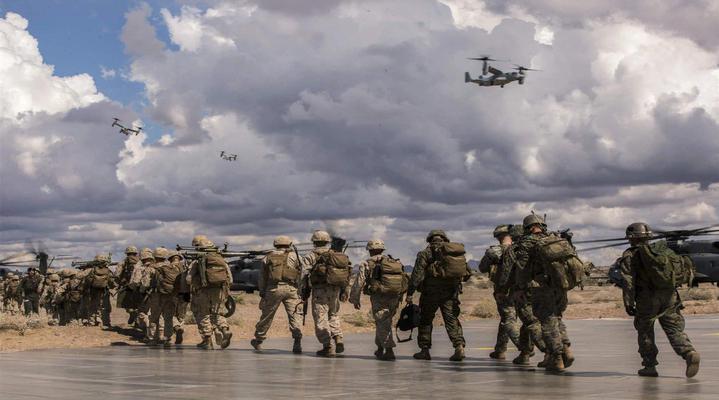 Fortunately, during an undeclared trip to Afghanistan in November 2019 for a Thanksgiving visit with US troops, President Trumped assed that the Afghan war is unwinnable and further prolonging the war mean more loss to the US. It was his only wise judgment. President Trump announced that peace talks with the Taliban were restarting. The peace talks resumed in Doha, Qatar, in December of that year.

In fact, President Obama was of a similar opinion and wanted to end the Afghan war. But unfortunately, military leadership has not allowed him to implement his vision. Especially during his first term, he was proactive and serious to end the war in Afghanistan. But during his second term, he gave up fearing a confrontation with the military.

President Joe Bidden was also reluctant to withdraw troops as per the agreement, In fact, in rivalry with outgoing President Trump, he wanted to change everything which was decided under the Trump administration. He wanted to prove that all decisions were wrong under Trump and he is wiser than Trump and undoes every decision.

However, the international commitments and pressures from various directions, he could not change withdrawal totally but delayed as much as possible. As a matter of fact, he was part of the President Bush team and supporter of the Afghan war and under many other presidents, he lobbied for the Afghan war. He could not face and defend his support for the Afghan war so easily.

Using the lame excuse of the staged drama of “9/11”, president Push initiated the crusade against the Muslim world. In fact, the US is in habit of creating an imaginary enemy and use media as a tool to build a narrative and distort the facts. The Western media is an expert in spreading fake news, fabricated stories, and distorting facts. After building a narrative, they use military powers to get political benefits. Unfortunately, Afghanistan was one of the victims of US aggressive policies toward the Muslim world.

The Muslim world is rich in natural resources, especially in oil Energy ( Oil and Gas). The US was keeping a greedy eye on the oil-rich countries and wealth of the Muslim world. With the Gulf countries, they are looting their wealth under the banner of friendship, military cooperation, and trade, etc. While with some countries they used hard cor war strategy to loot their wealth. Iraq and Libya were their ideal destinations for looting oil money. Whereas, Afghanistan was the destination for looting rare rich minerals and mines. Moreover, Afghanistan is a strategic country from where it can overview Iran, China, Central Asia, Russia, and Pakistan.

What so happened, will have a long-lasting impact on America. It will be not a less debacle than “Saigon on 30 April 1975”.  It will take a long time for the US to come out of trauma and shock. It was a clear failure of the US, its intelligence, its capabilities, its think tanks, and over all its political system as a whole. It will have exposed the leadership qualities of America and state institutions’ capabilities. The scholars and thinkers in America must find the true reasons for such a debacle. After 20 years — a trillion dollars spent training and equipping hundreds of thousands of Afghan National Security and Defense Forces, 2,448 Americans killed 20,722 more wounded, and untold thousands coming home with unseen trauma to their mental health. Yet such humiliation and defeat is a big failure. The whole nation has lost face, reputation, and credibility.

Is America in a position to counter Russia, contain China, confront Iran, face North Korea or challenge any nation in any part of the world? Can America claim to be a world leader anymore? Is America is number one power any longer? Let the wise American decide it on their own.

It might take decades to recover from trauma and shock, During this period the geopolitics will change greatly, especially, China will be beyond reach for Americans. The New world order will emerge and the US may find itself irrelevant. It is time for the US to focus on the domestic issue instead of global leadership.

No time to waste! Calling on establish an inclusive Afghanistan government immediately

Belem has obtained the US MSB license and accelerated the pace of its global...

The next opportunity for cryptocurrency exchanges to enter the “oligarchic market” is at Batex?