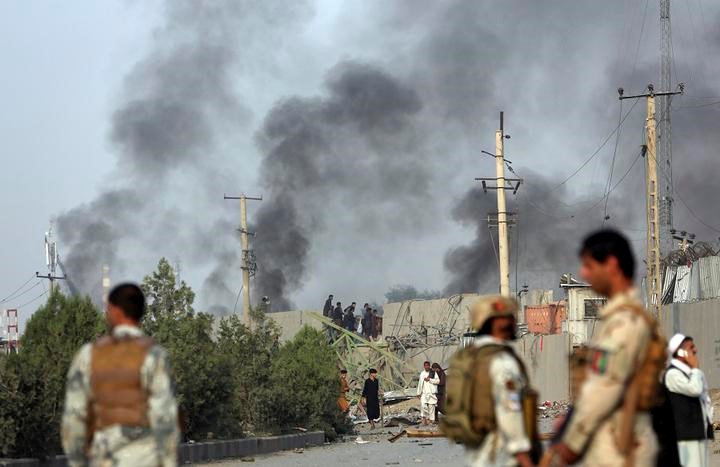 Indian intellectuals, experts and journalists have termed the US as a complete ‘failure’ and reason behind creating a latest political mess in Afghanistan, one of the worst humanitarian crisis. Their latest statements come after the Taliban took over all the states of Afghanistan including Kabul on Sunday afternoon.

The experts took over the social media platforms and shared how the US led to the terrible and unfortunate disaster in this South Asian country in past couple of decades.

Ashok Swain, an Indian expert and a Professor of Peace and Conflict Research, said, “Afghanistan lessons will deter the US in the future to engage in military adventurism. Democracy and human rights can’t be given to the world through brute force.”

He earlier wrote in Twitter, “When their leaders are making deals instead of confronting the Talibans, and their soldiers surrender without even a fight despite being better armed and better trained, how can Afghans expect American leaders and American soldiers to fight for them?”

Swain also penned down an opinion piece, where he mentioned that the US should have left Afghanistan in 2002. “Instead, it started its state-building project. But the non-democratic, divided, and corrupt governance by its handpicked Afghanistan government didn’t support the US’s cause, “he stated.

The professor is of view that instead of engaging in blame game now, US and international community would be better served if they sincerely investigate and introspect the reasons for their terrible failure on their protracted state-building project in Afghanistan.

In a satirical tone, he mentioned that the Washington DC-based think tanks, in the next 20 years, will make money by saying why the Afghanistan mission miserably failed, unlike the past when they used to preach about US’s success.

Barkha Dutt, India’s renowned journalist wrote in Twitter, “This is almost like a bloodless coup, preordained and pre-scripted. Call me cynical but it seems to me that the Americans have negotiated for their own safe passage before the Taliban takes over Kabul. And that’s all that’s being waited for. Unconscionable.”

Dutt, who has millions of followers, further stated that, “suppose this is what they meant when they said America is Back. Backtracking . Back to where it started, Back fired. Back to the future.”

Fahad Shah, Editor of The Kashmir Walla magazine, mentioned, “Taliban enters Kabul and a superpower loses a war it started, achieving nothing.”

Similarly, Sanjay Kapoor, Editor of Delhi’s Hardnews magazine, opined that, “Mercifully, many talk shops that lived off Afghanistan will close. So would the unending romanticisation of the resilience of Afghans too! It’s time this region was extricated from the grasp of the West.”

The editors, experts and intellectuals have stormed the popular social media site Twitter with their comments, analysis and frustrations over the alarming situation in Afghanistan.

As a result, the words with hanshtag Afghanistan, AfghanistanIsBurning, Taliban, Kabul among others remained in trending for the whole day.

No time to waste! Calling on establish an inclusive Afghanistan government immediately

The US debacle in Afghanistan

CoinSwap.com DEX on BSC will Launch Mining on October 20th

GameFi Project—-NEXTYPE with SFP officially landed in BSC and announced the upcoming launch of...

GIBX-SPAC Is Born, Aligning With The Strategic Development Of GIBXChange And SWAP