China e-payment industry originated in 2003 when Taobao rolled out Alipay in an effort to solve the problem of “credit lack” among online shopping consumers. By 2009, Alipay had become the largest third-party payment platform with over 200 million users in the world.

Shao Xiaofeng, the former President of Alipay, expressed his ambition in an interview. “Though Alipay’s absolute transaction value is lower than PayPal’s, Alipay is expected to overtake PayPal within three years”.

Alipay at that time assumed PayPal to be its sole competitor, while another tech giant, Tencent, was sneaking into the online payment market with its fintech arm, Tenpay.

In July 2009, Tenpay held a conference to announce its new brand proposition, which was considered to be a significant milestone according to Luke Liu, the General Manager of Tenpay. “We will make online payments penetrate every aspect of people’s lives”, said Liu.

As the first leader of Tenpay, Luke Liu made notable contributions from its foundation to its entry into online payments. No one could believe Tenpay would threaten Alipay’s leading position as Tenpay was only considered to be a strategic move to monetize Tencent QQ (an instant messenger developed by Tencent) traffic.

The turning point of the competition came in 2011 when Alipay and Tenpay were both granted the first series of online payment licenses from PBOC. Luke Liu, a game changer in the industry, saw greater opportunity in the industry with national regulations, despite the huge gap between Tenpay and Alipay in terms of transaction volume.

Tenpay promptly integrated WeChat Pay into WeChat, Tencent’s key product, after obtaining the license. During the Spring Festival of 2014, WeChat Pay took the lion share of the market from Alipay with the unexpected success of WeChat’s red packet promotion. With the high penetration rate of WeChat, WeChat Pay subsequently became a popular payment mechanism for everyone in China.

Shortly after Tenpay receiving payment license, Lai Zhiming, a Harvard business school graduate with experience in both investments and TMT joined Tencent and took the helm from Luke Liu as the new General Manager of Tenpay.

From then on, the Chinese mobile payment market officially ushered in a period of duopoly.

From hot war to cold war

The success of WeChat Pay is attributed to the vast user traffic of Tencent (00700.HK), especially in the mobile market. The social networking applications including WeChat and QQ are regarded as two “must-have” apps on mobile phones. Mobile payments are typically small-amounted and commonly used in countless offline situations, which aligns particularly well with social networking-based applications like WeChat Pay.

The advantage of WeChat Pay at that moment resemble what Pinduoduo (PDD.US) has today, which is attributed to the high penetration into lower-tier cities. The time spending on WeChat was significant among rural youngsters and retirees. By contrast, Alipay is difficult to compete with WeChat Pay in lower-tier markets due to its short of social networking feature

After WeChat entered the payments market, Alipay also started to make efforts in “social networking”. As part of its efforts to compete with WeChat, it rolled out several social events, such as “Wu Fu”, a lucky card collecting game, which at one time dramatically increased Alipay’s penetration rate. However, to date, the mobile payment landscape has remained largely unchanged.

The reason is simple. For most people who are already accustomed to WeChat Pay, it is unrealistic to alter their payment habits in the short term, which also explains why it was so difficult for Alipay to succeed in the social networking space. The bitter competition in the China mobile payment industry did not last long. Alipay continues to maintain its dominant lead in market share, though WeChat Pay remains close behind.

In addition to this two-party duopoly, there are other payment platforms, such as JD Pay, Baidu Wallet and E-Wallet developed for satisfying vary payment habits of consumers.

No matter which payment mechanisms the customers chose, it’s only a way of receiving payment from merchants’ perspective. A popular Chinese internet saying goes, “only kids make choices; adults want it all”. There is a market demand has given rise to the emergence of a business model of third-party platforms, which dedicated to providing integrated payment services to small and medium-sized merchants. With a simple integrated QR code, merchants can quickly and conveniently collect payments from various payment gateways and banks.

With a relatively long-term balance reached in the mobile payment market, the competition between Alipay and WeChat Pay has turned into a “Cold War” targeting to micro and small merchants.

The transition from a heated battle to an all-out cold war appropriately summarizes the development of the China mobile payment industry.

The Race into QR Codes

Due to historical reasons, many third-party merchant acquires serving as “peaceful messengers” started off as POS providers.

A third-party merchant service provider initially start with its national bank acquiring business. The consumers make payments via POS terminals to merchants. With the development of mobile payment, QR code payments rapidly gained popularity due to its simplicity and convenience. After a brief suspension in 2014, the Payment & Clearing Association of China (PCAC) issued the “Standards for Barcode Payments” in 2016, which marked the official launch of QR code payments.

Currently, there are three major listed merchant acquiring platforms in China: Lakala (300773.SZ), Huifu (09923.HK) and Yeahka (09923.HK). In terms of transaction volume, the A-share listed Lakala ranked top, followed by Huifu, while Yeahka, which went public in Hong Kong in 2020, is the fastest growing among the three.

In fact, China’s merchant acquiring market is intensely competitive  as its technical barrier to entry is not high, and market expansion mainly relies on merchant resources. As of the end of 2019, a total of 33 institutions were granted national bank card acquiring license. The overall market is relatively fragmented and highly competitive, where UnionPay, Lakala, Huifu and Yeahka are the leading players with high market share.

The core reason behind Yeahka’s rapid growth in the fierce competition is the Company accurately seized developmental window of opportunity of QR payments in China. According to Oliver Wyman, it only took 7 years from 2013-2019 for the QR payment volume grew to RMB9.5 trillion from scratch.

It is worth noting that Yeahka was founded by Luke Liu, the former General Manager of Tenpay, after his leaving from Tencent. In 2010, Alipay was the first to tap into the QR code payment business, and Luke  lead Tenpay to immediately enter the market with his assessment that QR code payment is another blue ocean to capture.

Due to policy reasons, QR code payments were not officially launched until 2016. However, Yeahka has greatly benefited from the fast-growing QR code payment market, thanks to Luke Liu’s early strategic planning. Yeahka’s rapid growth is definitely not accidental.

In terms of market trends, QR code payments still have extensive potential to grow in the future. Only by taking a dominant position in the QR code payment market can merchant acquires stand out from the competition. At present, Yeahka has a leading position in this aspect.

At “88 Media Exchange Conference” held by Alipay in 2019, Yao Zhong, the General Manager of Alipay’s IoT business unit, said, “The challenges we are facing at this moment is not only related to payment, but depth business model at the upcoming stage, that is, how we help merchants operate business well.”

This reveals the future development trend of the payment industry–mobile payment seems to be a business with ability to generate strong cash flow, but its core value hides in the data.

From front end, mobile payments simply requires exchange of money and goods between consumers and merchants. However, at the back end of mobile payments, there are multiple intermediaries, such as bankcard issuers, payment institutions, and bankcard clearing institutions, all get involved in this transaction. The commitment of Mobile payment service providers to simplifying merchants’ bill collection procedures and improving merchants’ operating efficiency.

This business model is clearly described in Yeahka’s prospectus. When consumers make payments, Yeahka can launch advertisements or marketing promotions in payment pages via its own ad exchange. In particular, by launching a coupon promotion in payment page, the customer get chances to use this coupon for subsequent shopping, which can in turn help merchants greatly improve their customer stickiness.

This is the most straightforward monetization channel for merchant acquiring platforms. In addition, the large amount of accumulated data can also be used to develop a variety of other products, including order management, employee management, promotional marketing, and so on.

Although Yeahka entered the market relatively late, it achieved rapid growth. Thanks to its fast-growing QR code payment business, Yeahka’s merchant acquiring business increased by 115% year-on-year, and its technology-enabled business services surged by 608%.

Lakala’s overall business scale is larger than the other two Hong Kong-listed peers. But Lakala’s payment business has declined year-on-year, and its technology-enabled business saw the slowest growth rate among the three merchant acquiring platforms.

In conclusion, it is believed that the future development of the merchant acquiring platforms will mainly depends on their technology-enabled business services. Among the three platforms, Huifu is excellent at technological transformation, and Yeahka has the biggest growth potential thanks to the rapid growth of revenue from its merchant acquiring business.

Paperless payments will be a major trend in the development of the whole industry, which ensures the continued growth of the mobile payments in the future.

Meanwhile, the competition among mobile payment platforms has shifted from scale expansion to technology-focused. Merchant acquiring businesses will only be a means of acquiring customers in the future, and the foundation of corporate profitability is still rely on the value of their data-based services. This business model will make the mobile payment platform more like a SaaS platform.

In anticipation of the launch of China’s national digital currency, all parties in the market generally believe that it will have a significant impact on third-party payments. Nearly all third-party payment platforms have positioned their future growth on merchant empowerment. Another heated battle will be less likely to happen among third-party mobile payment platforms, and the merchant empowerment is expected to become the new focus of competition.

Empowering merchants is an opportunity for both payment platforms and merchant acquiring institutions. The platforms will no longer necessarily compete simply with the market share, but the service quality providing to merchants. 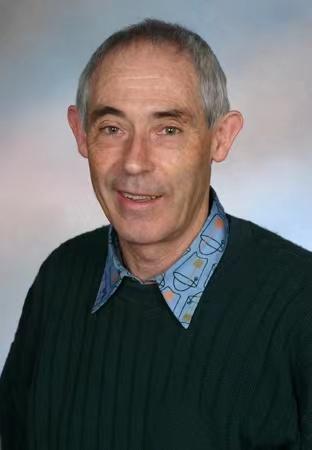