Uber is introducing a new policy on drivers’ hours across the UK next week, which it says will help to increase safety for drivers and passengers.

A licensed driver on its app must take an uninterrupted six-hour break after 10 hours of driving with a passenger or travelling to pick up someone.

Drivers who do not take a long enough break will not be able to log in to the app and take trips.

The ride-hailing firm says it believes the move “is an industry first”.

But the association that represents black cab drivers told the BBC it was “a toothless cap”.

Andrew Byrne, Uber’s head of policy, said: “We are not aware of any other private hire operator in the UK that has introduced such a limit.

“While drivers only spend an average of 30 hours a week logged into our app, we want to do our part to ensure they don’t drive tired.”

A director of the National Private Hire and Taxi Association told the BBC: “There is no rule for our drivers.

“Over the last two decades there have been at least three attempts made by the European Commission to put UK taxi and private hire vehicles under the working time directive.

“But it’s never been allowed to happen because our taxis, unlike buses and coaches, do not have a tachograph fitted so we can’t keep track of drivers’ hours or restrict them.”

Steve McNamara, general secretary of the Licensed Taxi Drivers’ Association for black cab drivers, told the BBC: “This is a toothless cap that still allows Uber’s drivers to work over 100 hours a week, and is a PR stunt that will not improve passenger safety.

“Uber can’t claim its drivers are self-employed and aren’t subject to minimum wage, but then try to limit the hours that they can work.”

“Unlike Uber drivers, all black cab drivers undertake enhanced driving tests and as such are well aware of the dangers of working long hours. This high standard of safety is reflected in the low number of accidents involving licensed black cab drivers”. 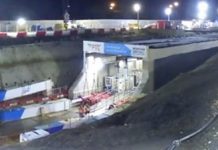 OXBTC: Challenges and Opportunities on the Long Journey of Ethereum 2.0

Dec blames weather as Britain’s Got Talent goes off air