Ryanair has been criticised for apparently failing to remove a passenger from a flight after racial abuse of a woman in her 70s.

The incident, on a flight from Barcelona to Stansted on Friday, was recorded by a fellow passenger and shared on social media.

Many people said Ryanair should have removed the man from the flight and threatened to boycott the airline.

Ryanair said it “will not tolerate unruly behaviour like this”.

It has referred the matter to Essex Police.

In the film – viewed on Facebook more than 1.8 million times – the man can be heard being racially abusive to the woman and threatening to “push” her to another seat.

He also shouts at her: “Don’t talk to me in a foreign language, you stupid ugly cow.”

After a flight attendant intervenes, the woman says she wants to sit with her daughter and tells the man he “stinks”. She says of the passenger: “Kick him out”.

Her daughter has told The Huffington Post the row started because her mother, 77, has arthritis and it took some time for her to move out of the way for the man to get into his seat.

David Lawrence, who filmed what happened, told BBC Radio 5 Live: “Everything was calm, we were getting ready to take off. And then a man came on board and arrived at his seat, then spoke very harshly to a woman sitting in the aisle seat.

“That was what got my attention as it was very loud and very aggressive. He started to shout at the woman, saying ‘get out of the way’, ‘move your feet’, ‘you shouldn’t be sitting here’.”

Mr Lawrence said no attendants initially came over. The woman’s daughter, who had been sitting elsewhere, arrived and “an argument started”, he said.

“He pushed past the woman and went to his seat,” he said, adding that what’s seen in the video then unfolded – describing it as the “most disgusting exchange of racial slurs and foul language”.

The woman’s daughter said she had taken her mother, a Windrush Generation migrant who came to the UK from Jamaica in the 1960s, on holiday to mark a year since the death of her husband.

She told The Huffington Post: “I know that if I was behaving like he was – or any other black person for that matter – police would have been called and we would have been kicked off the flight.”

She added: “Mum’s really feeling upset and very stressed about this situation, on top of the grief she’s already experiencing. As for me, I’m upset about the whole thing too – the fact that the passenger wasn’t taken off the plane and how the situation was dealt with.”

One young man, seated in the row behind the people filmed in the video, intervened by telling the man who was shouting to stop. He has been praised for his actions.

A Ryanair attendant says to the man: “Don’t be so rude, you have to calm down.” He then tells the older man he is going to refer the incident to his supervisor, to which the man replies: “I’m alright.”

“I am so shocked,” Mr Lawrence said. “There was no response [from most other passengers]. No-one said anything. The young man who actually intervened… he was compelled to step forward.”

Mr Lawrence said it was a “horrible, horrible situation” and that he was “shocked” that Ryanair “allowed something like this just to go unchecked”.

Shadow transport minister Karl Turner was among those to tweet about the incident, saying he would raise “the tendency of airlines to ignore this kind of behaviour”.

He also said “he should have been removed from the flight and handed over to the police”.

Critics of the incident and how it was handled said the man should have been removed – rather than the woman herself moving seats.

Ryanair told the BBC: “We operate strict guidelines for disruptive passengers and we will not tolerate unruly behaviour like this.

“We will be taking this matter further and disruptive or abusive behaviour like this will result in passengers being banned from travel.”

Essex Police said on Sunday: “This incident, which we were made aware of this morning, is believed to have taken place on a plane at Barcelona Airport.

“Essex Police takes prejudice-based crime seriously and we want all incidents to be reported. We are working closely with Ryanair and the Spanish authorities on the investigation.”

The Department for Transport said “everyone should be able to enjoy a safe and calm journey without their flight being spoilt by a disruptive minority”.

The DfT said it would work with airlines and airports “to look at what more can be done to deal with disruptive passengers”. 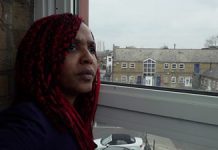 No sofa, bed, table – people who have to live without furniture 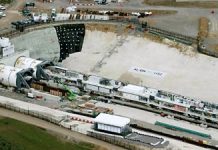