In the world of blockchain, there is a concept called “Open Finance”. This concept refers to applications in various financial fields developed in an open decentralized network. It aims to establish a multi-level financial system, based on blockchain technology and cryptocurrency, to recreate and improve the existing financial system. However, in Asproex’s “Apollo” plan, its platform token, Moon, has become the key to it, trying to start the new era of “Open Finance”.

01.The statue quo of traditional finance

The current accounting system has enabled the transparency and openness of corporate finance which has made joint-stock companies; the financial market has allowed stocks and other securities to be listed and traded freely. The purpose of finance is to help the service and the serviced people to interact more easily, break the deadlock of mutual distrust due to interest relations, and enable each other to better collaborate, exchange and share resources; help public resources to be better unified, allowing the supply side and the demand side to establish a more direct relationship.

Therefore, in the traditional financial world, it is always a small group of people who “robbed” 90% of their wealth. The reason cause this is quite simple. The monopoly of resources brought about by centralization and the fortress established severely block most people from the door. .

However, the emergence of the blockchain has brought dawn to traditional finance, and a “reform” is quietly being staged in Asproex.

As we all know, blockchain is blooming in various industries such as medical, logistics, taxation, legal affairs, finance, etc. On one hand, it is an affirmation of blockchain technology, and on the other hand, it reflects the existing problems of traditional industries. As the popularity of blockchain continues, many people have entered the game, all wanting to make a fortune. However, many are using the name of “blockchain” to do scam. The boom of “ICO” in 2017, leaves a lot of mess, which makes the “blockchain” has also been severely stigmatized

On June 6, 2020, the platform token of Asproex, Moon, debuted at the Anypay, and Tony Gu, the CEO of Aspro Digital, gave the first explanation of the new Apollo project (MoonX) and a detailed explanation on Moon and shared his perspectives on the future of “Open Finance”, which ignited the entire conference.

The emerge of Moon is not only the hard work of Asproex after a year of intensive cultivation, but also an epic challenge initiated by Asproex to the whole traditional finance realm.

03．Moon: How to optimize traditional finance?

Firstly, Moon, is a functional token, and it will also be the most important and only underlying encrypted asset in the Apollo open financial ecosystem. In addition, different from the platform tokens in the market, the total amount of Moon is jointly mined by all Apollo users in the form of Proof Of Value, which means that there is no possibility of ICO. This will be the first platform token for the trading platform to be issued in the form of mining token.

Secondly, to build the huge ecological system of Apollo, Moon will become the blood of the entire Apollo ecology flowing in various scenes, and integrates the mining sector, business incubation and STO, digital banking, digital contracts, and exchanges. Carry out the overall layout around the open financial platform, and rely on “computing power mining” to allocate Moon to contributors in the Apollo ecosystem.

Additionally, a reasonable “taxation system” has become vital important for Apollo’s ecological construction and recycling. We all know that if a platform survives shortly is usually because of its cash flow. The shortage of funds will inevitably trigger a domino effect. In Apollo’s tax system, whenever users mine Moon, part of the Moon will be distributed to the founding team and foundation as tax to support the ecological infrastructure, rewards for new immigrants, ecological expansion and risk protection. Moreover, the “Immigration System” will benefit the community through the establishment of authority, and being led by the community will effectively promote the development of the Apollo ecology.

Although, Moon is a functional token, more attention is paid to its investment value. Therefore, “extreme deflation, 100-day reduction in production” and “7-day repurchase and destruction of 30% of revenue” has become powerful tools to boost Moon’s steady appreciation. Meanwhile, in the Apollo ecosystem, the mechanism of “set a hard cap every day” greatly avoids the phenomenon of its currency price plummeting due to the secondary market crash.

Finally, in the new Apollo plan, the platform combines advanced blockchain technology and innovative business models to create an underlying infrastructure and value delivery vehicle that can connect the entire new world of Apollo’s open finance. The public chain ASPRO Chain and Moon token system have completely liberated the traditional centralized financial system, and Moon has become a crucial link.

Conclusion:
If “Securitization” has allowed mankind to set foot on the open ground of modern finance, then the new practice of “Tokenization” has allowed mankind to see an unprecedented blueprint for the future brought by open finance. As a leader in the digital finance industry, how Asproex Apollo used actions to write the new chapter of “Open Finance”, let us wait and see! 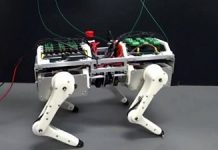 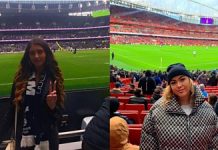