Ferry and freight firms will be urged to plan alternative routes for drugs and other vital supplies if a no-deal Brexit blocks cross-Channel traffic.

The suppliers will be told to use Belgian and Dutch ports if blockages at Calais threaten to delay shipments.

The news emerged after a “passionate” cabinet meeting in which ministers were told about contingencies for no deal.

Earlier, MPs were warned that a no-deal could have “catastrophic” consequences for the supply of drugs into the UK.

A senior government source denied there were plans to buy or charter vessels to keep the NHS working or to guarantee food supplies.

Instead, private carriers would be expected to carry out their normal roles, the BBC has been told.

But there are worries among ministers and officials that the sudden introduction of border checks at Calais could cause sudden and serious backlogs.

The Sun reported that ministers had been warned that France could effectively shut down Calais, which it said would have a devastating effect on food exporters and manufacturers reliant on the port.

Foreign Secretary Jeremy Hunt was said to have expressed concern that the UK must not be trapped indefinitely in the so-called “backstop” customs union arrangement with the EU, which could hamper the UK from striking wider trade deals.

Attorney General Geoffrey Cox compared that status to being trapped in Dante’s “first circle of hell”.

On Monday, Theresa May told the Commons she too intended any such arrangement to be temporary, and would end “well before” the next election.

Our correspondent says the mood among ministers was more evidence of the prime minister’s limited room for manoeuvre in the Brexit talks, as she prepares to address Tory backbenchers on Wednesday.

Cabinet ministers will receive weekly updates about preparations for Brexit until the UK leaves next March, either with or without a deal.

The government has already asked firms to start stockpiling a six-week supply of drugs and if necessary plan to fly in medicines which cannot be stockpiled because of their short shelf life.

The UK imports 37 million packs of medicine each month from the EU. Concern has been raised that prolonged disruption at the borders could disrupt the supply chain.

Earlier on Tuesday, Martin Sawer, of the Healthcare Distributors Association, told MPs that the pharmaceutical industry was “very concerned” about a no-deal as it could have “catastrophic” consequences for the supply of drugs.

He warned it could lead to patients being put on drugs that they are not currently prescribed.

The Department for Transport said that while it was confident of the UK reaching an agreement with the EU on the terms of its exit, it was sensible to plan for all possible outcomes.

“We are continuing to work closely with partners on contingency plans to ensure that trade can continue to move as freely as possible between the UK and Europe,” a spokesman said.

But Labour MP David Lammy, who supports a new referendum on the outcome of the negotiations with the option of remaining in the EU, said Brexit had become “like a declaration of war on ourselves”.

“Emergency ships will be chartered for food and medicine if we leave the EU with no deal,” he said.

“But at least when we’re using ration books and running out of drugs, we’ll have taken back control.”

France has also stepped up its planning for a no-deal Brexit, publishing a draft law last week which would give the government powers to deal with visas, transport and other services. 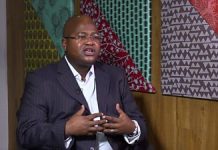 What the EU really wants from its deal with the UK